As the industry wrestles with the economic impact of dumping all romaine, some nagging questions keep coming up. The question is why, after 12 years, the regulatory side is still using a scorched earth approach and treating the industry with a “what we want you to know” instead of a “know what we know”.

Emptying the entire supply chain didn’t seem applicable during the turkey recall the month before, or during one the largest ground beef outbreaks that is still unfolding. I realize those industries have more sophisticated traceability systems but initially no one knew how wide that net should have been cast either.

There is no question that anyone who may have become ill can’t be forgotten through all of this. But in terms of how it played out it on the regulatory side it doesn’t seem like much has changed since the spinach recall of 2006. I was in the middle of that one too, so I can see some similarities.

I have yet to see an illness outbreak where a grower couldn’t very quickly trace a product to a physical field location once asked. The problem is, they aren’t asked until late in the process, if at all. A number of us heard rumors of a possible illness outbreak at least two weeks before the recommendation came to throw out all romaine. But we couldn’t seem to find the right person or group to let us in on it. Everyone claims to be the voice of the industry until we really need it. Then no one wants to be tagged with it.

If the regulatory folks were confident enough in their questionnaire process to focus on a product then contacting suppliers and tracing romaine to their growers shouldn’t have been the issue. No one seems to be talking about that part. Recommending consumers throw away all romaine in the entire supply chain just before Thanksgiving is certainly one way to do it. Where were the regulator’s assessment for growing regions that weren’t even in production yet when the first illness started?

The other victims in this scorched earth approach are the people who depend on the supply chain for a living. The entire industry, from retailers down to the farmer, are still assessing what the economic impact will be. Thousands of agriculture workers who live paycheck to paycheck were out of work. Many lost their last two months of employment for season at the toughest time of the year because those fields were plowed under. Some small farms aren’t going to survive this when the costs need paid.

There are no short-term fixes here, so we need some common sense solutions to contain the situation if the “go nuclear” option is ever contemplated again, while the industry focuses on what to do long-term. Maybe it’s time to take a serious look at things we’ve talked about for years that never seem to get off the ground. Things like temperature indicators on boxes, shorter shelf life days, or stopping the practice of mixing lots in processing plants. None of these would be easy or cheap to implement, but if they help to put a border around the next incident versus throwing everything out it may be worth the cost.

We also need to address the archaic way that regulators approach these outbreaks. We are in an industry that measures shelf life in days, yet regulators still take weeks, sometimes months, to get resources on the ground. With the technology that exists today there has to be a better way to approach traceback than depending on questionnaires.

Our trade groups need to make sure regulators understand that unlike meat and poultry, our industry is extremely fragmented when it comes to resources and communication. Regulators use the term “industry” like we are a unified consortium of growers and shippers that can all sit in the same room. Our industry is comprised of hundreds if not thousands of farms that range from one grower on a tractor to mechanized operations that farm thousands of acres.

The education process for regulators can’t stop just because an outbreak is over. There is no excuse for the regulatory side to not fully understand what they were asking us to do. Just as we take ourselves to task to find out where we need to improve traceback, the trade groups need to do the same with the people who have the power to recommend dumping an entire supply chain.

We also need to help regulators understand that things like Blockchain aren’t the answer either, if they aren’t going to require that everyone use it. I’m usually the last one to ask for government intervention. But until everyone in the supply chain is held to the same standard for traceability or has access to the same information at the same time, we’re going to be talking about this again during the next incident. We need to start putting livelihoods ahead of relationships. 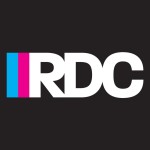 The Recent Romaine Recall and the LGMA
January 21, 2019

FDA puts its mandatory recall cards on the table — face up
November 6, 2018